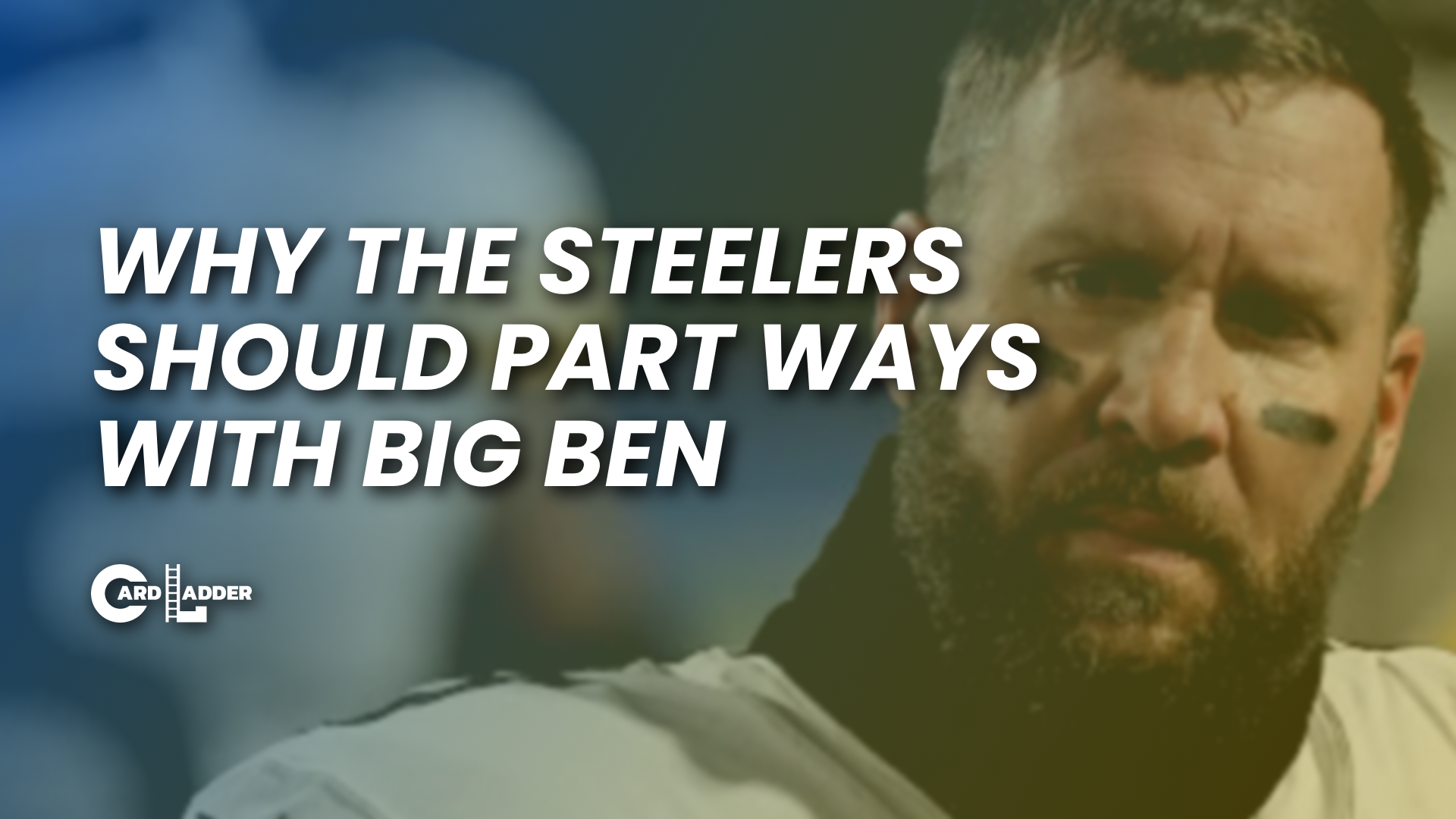 The soon to be first ballot hall of famer Ben Roethlisberger has been a household name for the last 17 years for all NFL fans. Playing for one of the most iconic franchises in American sports history, he has become a fan favorite and all time great. This article is not to demean or belittle what he has accomplished, as he is one of the top 5 quarterbacks of the last 20 years. I just believe that the Steelers should part ways with Roethlisberger before he hurts himself or his legacy. The Pittsburgh Steelers outside of quarterback have a phenomenal team, the defense speaks for itself but the plethora of offensive weapons can’t be ignored either. Despite that the Steelers are last in their division and have a 1-3 record. In this article, we will take a dive into Roethlisberger’s season so far as well as his sports card market's future outlook.

On paper Ben’s basic passing statistics might not look that bad but when you take a deeper dive… it gets bad… real bad. Through 4 games, Ben has passed for 1,033 yards, 4 touchdowns, and 4 interceptions with a 64% completion percentage. Things start to get shaky once you look at the QBR and quarterback rating, with a QBR of 28 it is the lowest of any non rookie quarterback in the league (28/32). Not to mention the lowest of his career by far with his second lowest being 48. His quarterback rating is not much better sitting at 78, for reference last year it was 94 and from 2009 to 2018 he averaged a 96.

Playing from behind & stat padding:

If you were to point to one statistic for justifying the Steelers moving on from Ben the following would be it. The Steelers rank 31/32 in 1st half points, averaging just 6. While Steelers are allowing 12.5 points to opponents in the first half on average. In today's day and age of football the defense can only do so much, despite Pittsburgh having a phenomenal defense the offense has to carry their end of the deal.

This is not a Drew Lock situation… Ben's current card market is propped up upon what he has accomplished and not what will he accomplish. He is one of a handful of quarterbacks to pass for 400 touchdowns, this is in addition to being the face of the Steelers for 17 years. One of the most storied and iconic franchises in American sports history, Ben had delivered countless memorable moments including 2 Super Bowls. 6th in all time passing yards and 8th in all time passing touchdowns, Ben is an all time great. A sure thing first ballot hall of famer, will not see a market crash if the Steelers do move on. Drew Brees' market upon retiring actually went up, although I don't expect his market to go up it surely won't go down much. The Manning brothers, Tom Brady, and Ben are the only quarterbacks of the last 20 years to have multiple Super Bowl wins, his accomplishments cannot be understated but unfortunately it's time to move on.