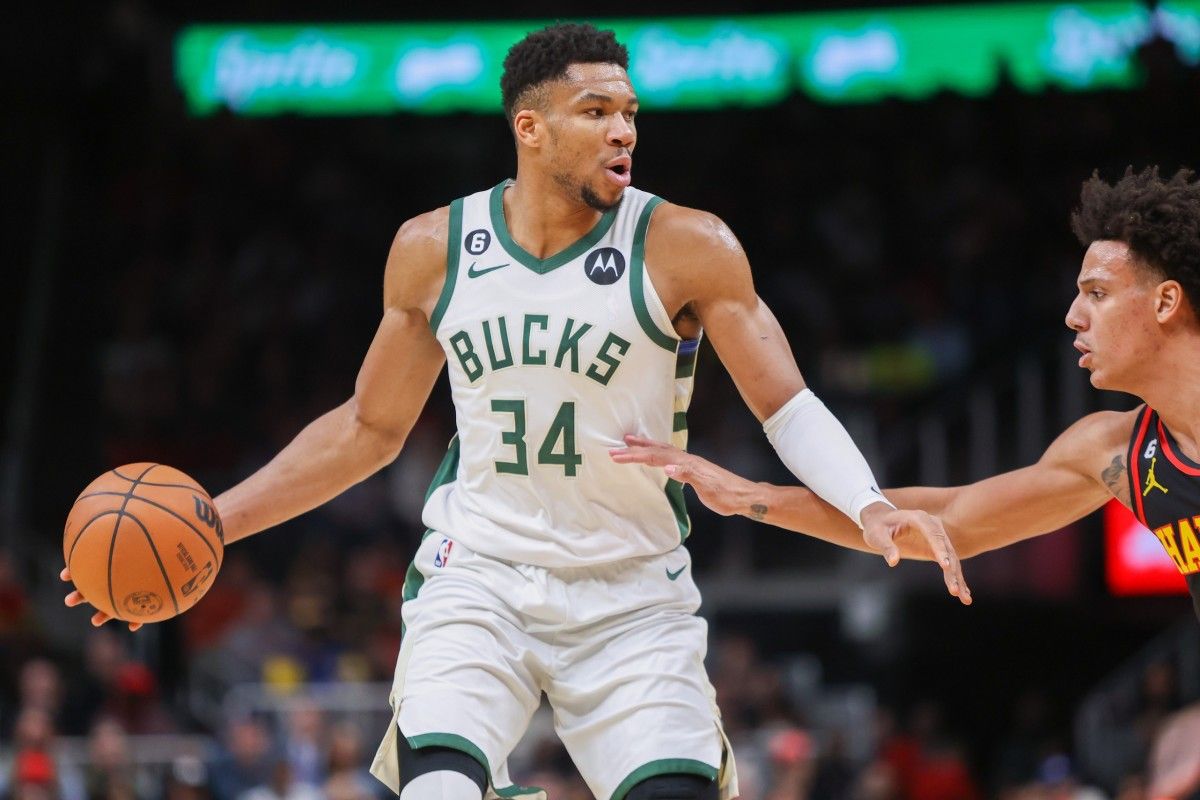 Giannis Antetokounmpo, also known as the "Greek Freak", is one of the best players in the NBA and has consistently put up impressive numbers throughout his career. There are several reasons why Giannis should be considered for the 2023 NBA Most Valuable Player (MVP) award.

First and foremost, Giannis' statistics and impact on the court are undeniable. In the 2022-2023 season, he averaged 30.9 points, 11.9 rebounds, and 5.3 assists per game, becoming the first player in NBA history to finish in the top 20 in all three categories for four consecutive seasons. He also led the league in points and rebounds, and was second in assists, demonstrating his well-rounded game. His scoring and rebounding numbers are extremely impressive and his ability to contribute in all aspects of the game make him a valuable asset for any team.

Additionally, Giannis has a unique ability to take over games and will his team to victory. He has a high basketball IQ and is able to read the defense, find open teammates, and make the right play. He also has a great sense of timing and knows when to take over a game and score, and when to pass to open teammates. This ability to lead a team and make big plays in crunch time is a valuable trait for an MVP candidate.

Another reason why Giannis should be considered for MVP is his impact on the defensive end of the court. He is a tremendous shot-blocker and rebounder, and his length and athleticism make it difficult for opponents to score in the paint. He averaged 2.0 blocks and 1.8 steals per game, which is impressive for a player his size. Giannis' defense also helps to anchor the Milwaukee Bucks' defense, one of the best in the league.

Lastly, Giannis has been a leader and a positive role model both on and off the court. He has been very active in the community and has used his platform to make a positive impact. He is a hard worker and a team player, who has been a great leader for the Bucks. These characteristics are important for an MVP candidate and show that Giannis is not just a great player, but also a great person.

In conclusion, Giannis Antetokounmpo is an incredibly talented and unique player who deserves to be considered for the 2023 NBA MVP award. His impressive statistics, impact on both ends of the court, ability to take over games, consistency, durability, and leadership make him a strong candidate for the award. He has proven time and time again that he is one of the best players in the league and his ability to lead the team to victory is undeniable. He is not only a great basketball player, but also a great person and a positive role model.