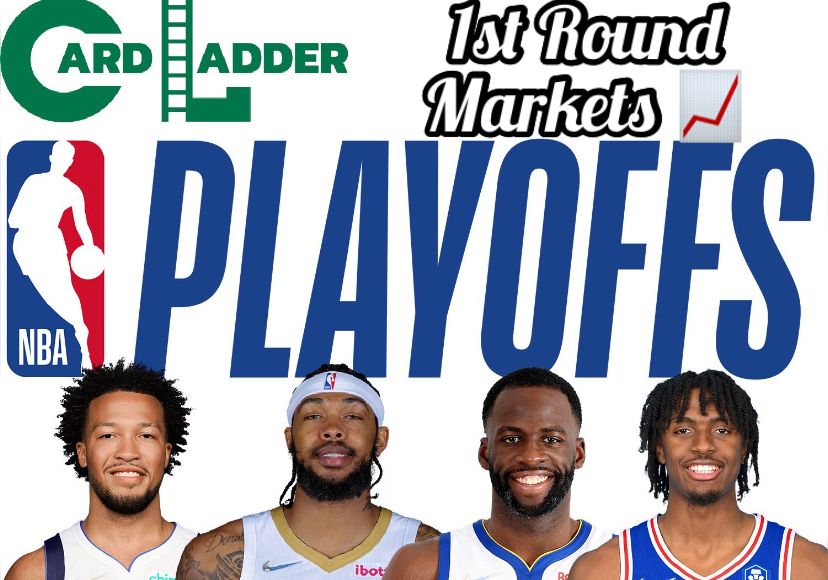 As the first round of the playoffs come to a close, which players markets are noticeably going up?

Averaging over 20 points per game, Maxey has shown up and out these playoffs. Averaging more points than max contract players in James Harden and Tobias Harris, it is arguable that Maxey in just his second year is the 76ers second best player. With a 23.82% market growth in just 2 weeks, in a down overall market perfomance can clearly still raise a players market.

Ole Reliable for the Warriors and arguably the X-factor for the Warriors success. While not being a scoring threat or a young exciting player like Maxey, Green's growth is promising for the older guys. A great teammate and a difference maker on the court which is reflected in his plus minus score.

The 2016 former second overall pick is still just 24 years old! While it might seem like he has been in the league forever coming into the NBA at 18 does have its benefits. The former most improved player and one time all-star since joining the Pelicans has been putting up buckets. Questions surrounded his ability to win games while being the primary scorer but after these playoffs that should no longer be a question after taking the Suns to 6 with every game going

Talk about a pleasant surprise which could end in free agent heartbreak for Maverick fans. Without Luka many thought the Jazz would have no problem beating the Mavericks. Ultimately the Jazz found a way to do what the Jazz do best and allow Brunson in game two to score 41 points...

Averaging 28 points per game is extremely impressive for anyone in the playoffs, heck not Ja or Trae came close to this in the first round. Which as a result came with seeing his market skyrocket over the last two weeks.

With growth of 210% in just two weeks expect this to fall and or not sustain in the coming months but expect it to see another bump with free agency looming.