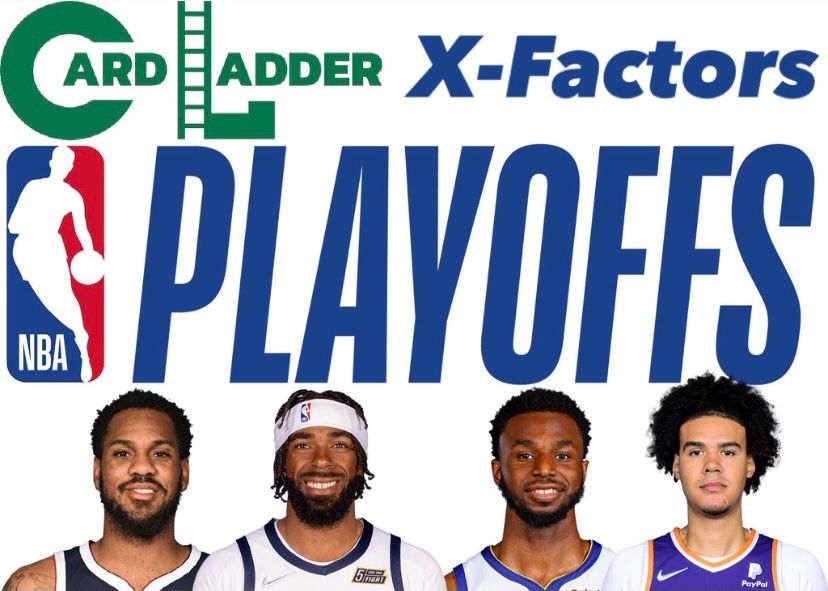 With the playoffs tipping off this Saturdy, many of us know the big names in the hobby but what about the more under the radar sleeper players. While of course a teams playoff success 99% of the time hinges on the teams star player, there is often that x-factor who gives them that extra boost. Players like Pascal Siakam come to mind, who gained national attention for his great 2019 playoff run. Even last season, we all saw Bobby Portis pour his heart and soul into the Bucks championship run. This article is going to shed light on players you might want to keep an eye on for every playoff team (1-6).

Many would have picked Mikal Bridges for this spot but as the likely defensive player of the year, is he really an underdog and arguably not the Suns 3rd best player? Averaging a career high 13 points per game on an absurd 42% three point, Cam is a threat to knock down a handful of threes and give his team momentum at any point in a big playoff game. Leading the Suns in scoring off the bench, his contributions will be key to keeping the Suns playoff hopes alive. Every great team needs a great bench contributor and the Suns are hoping Cam can be that guy.

The Grizzlies took everyone by surprise this season, winning 56 games with Morant missing over 25 games... The backup guard duo of Tyus and Melton have been phenomenal but with Morant back expect their time to get cut. Brandon Clarke on the other hand could potentially see a rise in minutes depending on how the Timberwolves match up. The 6'8" third year forward fell out of the rotation last year and sat on the bench throughout the playoffs. Averaging 11 and 6 over the last half of the season, the athletic power forward has been a spark plug off the bench this season. The Grizzlies thrive in transition and this in large part is due to their ability to put Clarke and Jaren together. The ability to run teams out of the gym in the metaphorical and literal sense is because of this.

Andrew Wiggins started the season out on par with every other season, except this season he made the all star game and not only did he make it but he started. Since February, Wiggins has fallen off a good bit currently as the Warriors fifth best player. Since February averaging just 15 points on 43% field goals and 55% on free throws, extremely underwhelming. Despite that Wiggins can truly be a difference maker on both ends of the floor and in the Warriors will need him to step up big with Curry returning after a long absence.

What came as a shock to many, the Mavericks traded their second best player Kristaps Porzingis for a struggling Dinwiddie returning off ACL surgery. Ultimately with Luka likely being out games 1 and 2, the Mavericks do not stand a chance versus the Nuggets in those games. Regardless Dinwiddie has to show up in these playoffs, the stakes are high as Luka does not want to have 3 first round exits on his resume.

The 1x all-star was traded to Utah to get them over the hump, the 34 year old has battled injuries and even missed last seasons playoff matchup vs the Clippers. While Mitchell is the dominant scorer, Conley's ability to involve others keep the offense going. Mitchell and Clarkson have never seen a shot they didn't like which is why it is so important for Conley to play. Gobert is far from an offensive juggernaut but it is important for him to stay involved offensively. Especially versus the Mavericks where their starting center is Dwight Powell.

The 26 year old point guard was a difference maker at times for the Nuggets this season, hitting big shots including a buzzer beating game winner versus the Warriors. Jokic's ability to distribute goes hand in hand with Monte's ability to shoot the ball and stretch the floor. Playing the Warriors, the Nuggets will need to be able to compete with the Warriors high octane offense. Averaging 29 minutes per game and shooting an elite 40% from three; Morris, Barton, and Hyland are going to need to shoot at a high level.