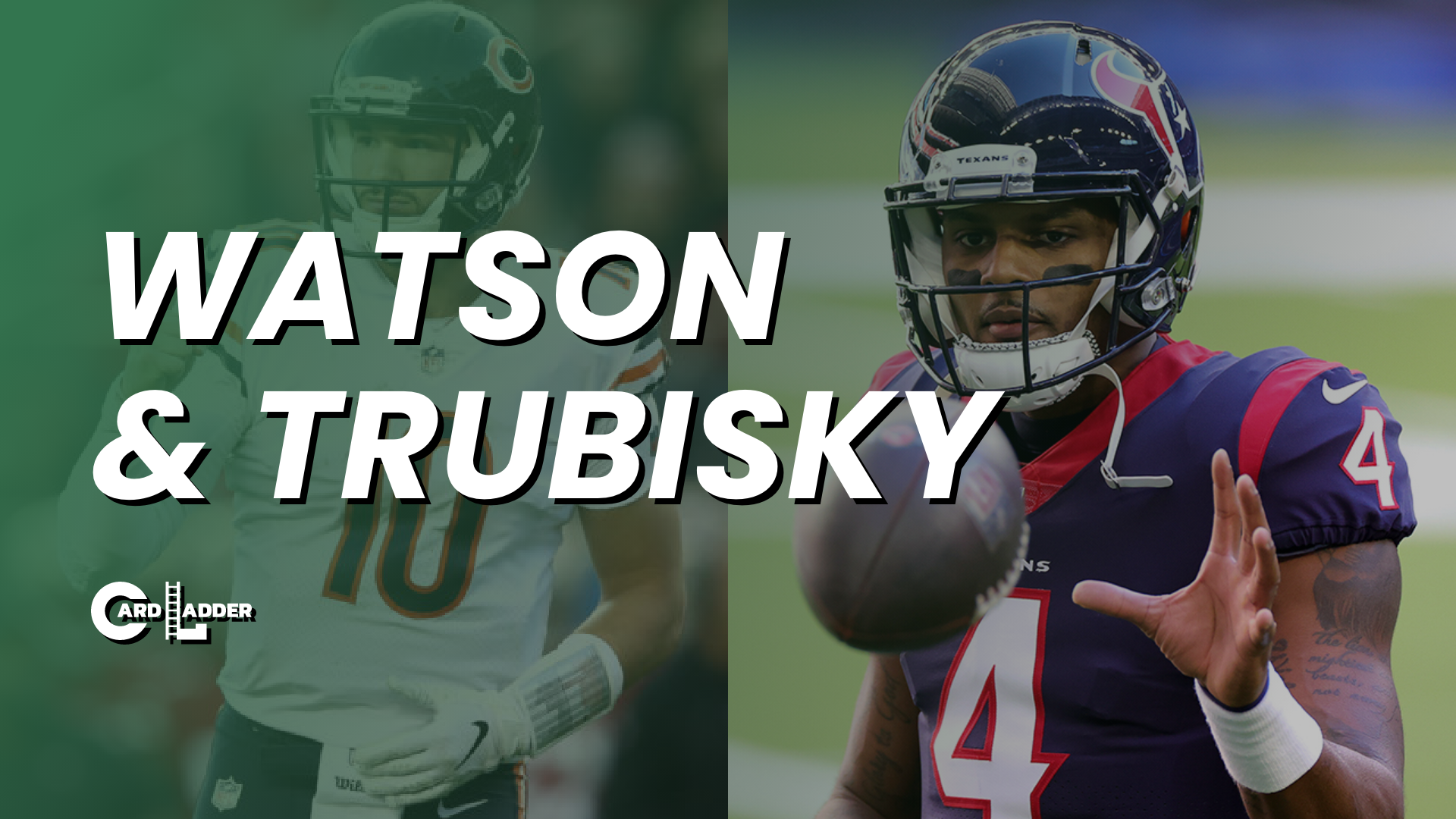 The 2017 NFL Draft is and likely forever will be the draft of Patrick Mahomes but as of late two other first round quarterbacks from that draft class had been garnering some attention. Deshaun Watson and Mitchell Trubisky... yes that Mitchell Trubisky have been seeing huge gains.

The rise of Trubisky can be associated with a multitude of things but the main being it was clear he was not the problem in Chicago. Former coach Nagy ran through three different quarterbacks last year and did not have success with any of them. Additionally during his time in Buffalo he received nothing but high praise including the Bills general manager saying Trubisky was "A marry your daughter type of guy." Before signing with the Steelers on pure hype and speculation alone, he has seen his market jump 22.86% over the last month. While it is clear that the hobby seems to be all in on Trubisky during the off season it has yet to be seen if this is anything more than the rise of Teddy Bridgewater's market after signing with Carolina in 2020.

This situation is obviously a lot more intricate, sensitive, controversial, and unfortunate than Trubisky's. For the sake of the article, we will only be focusing on purely football and as it stands now Watson is desired by many many teams. While it seemed like the Texans were screwed without Watson at quarterback, rookie Davis Mills showed up and out towards the end of last season. This makes the Watson trade a tad bit more interesting because as we saw with the Russell Wilson trade, the Seahawks got Drew Lock in return. Would the Texans want a trade deal that including a young quarterback or not since they have Davis Mills? The last news report according to NBC sports has Watson declining the Eagles interview and eyeing the Saints and Panthers.  Tom Brady returning also could change that as without Brady the NFC South was wide open. Regardless the trade will include a plethora of picks and its safe to assume even some players.

As far as his market goes, since being legally cleared of all potential charges it has exploded. Let us not forget with all the hype of Herbert, Allen, and all the other great young quarterbacks last year that Watson was right up there with Mahomes. In 2020 Watson had a 70% completion percentage, 4800 yards, 33 touchdowns, and a 112 QBR with David Johnson as his #1 RB and Brandin Cooks as his #1 WR. While you can question if Mitchell Trubisky is actually any good, there is no doubting the talent of Deshaun Watson. All of Watson's issues seemingly come off the field while Trubisky's stem from on the field...

Nonetheless it will be exciting to see how these two play this upcoming season!