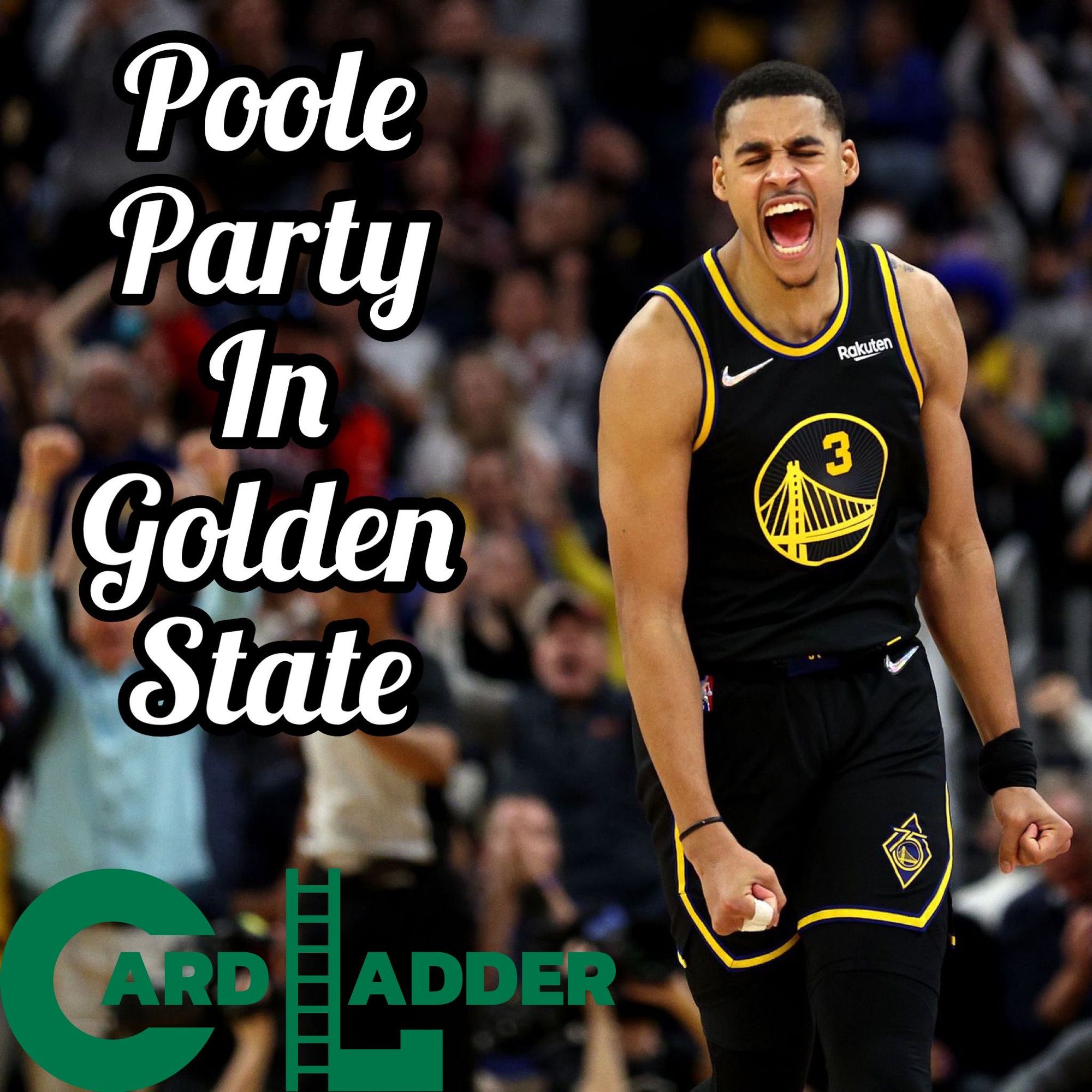 The Warriors have embarrassed the Nuggets so far in these playoffs, to the point where Jokic is getting ejected and Will Barton is trying to fight DeMarcus Cousins on the bench. While one would have likely expected Curry, Klay, Draymond, or even ALL-STAR STARTER Andrew Wiggins to be in the limelight, the unlikely hero has been third yeard backup guard Jordan Poole.

Averaging 30 points in his first two playoff games is impressive enough but shooting 65% from the field and 58% from three is unheard of. With 16 and 20 point wins over the Nuggets, its clear this series is going to be over sooner rather than later. The emergence of Poole while important now, is way more important for the next series. With an all defensive player in Draymond surrounded by 4 players who can go for 30 on any given night is going to be hard for teams to keep up with that volume of shooting.

Looking at Poole's market you can see the massive spike after the playoffs started. Not only does Poole have his insane play going for him but he also has the disposable income of Silicon Valley and Bay Area collectors plus investors. With the Warriors playing either the Wolves or Grizzlies, it gives Poole a favorable matchup once more.