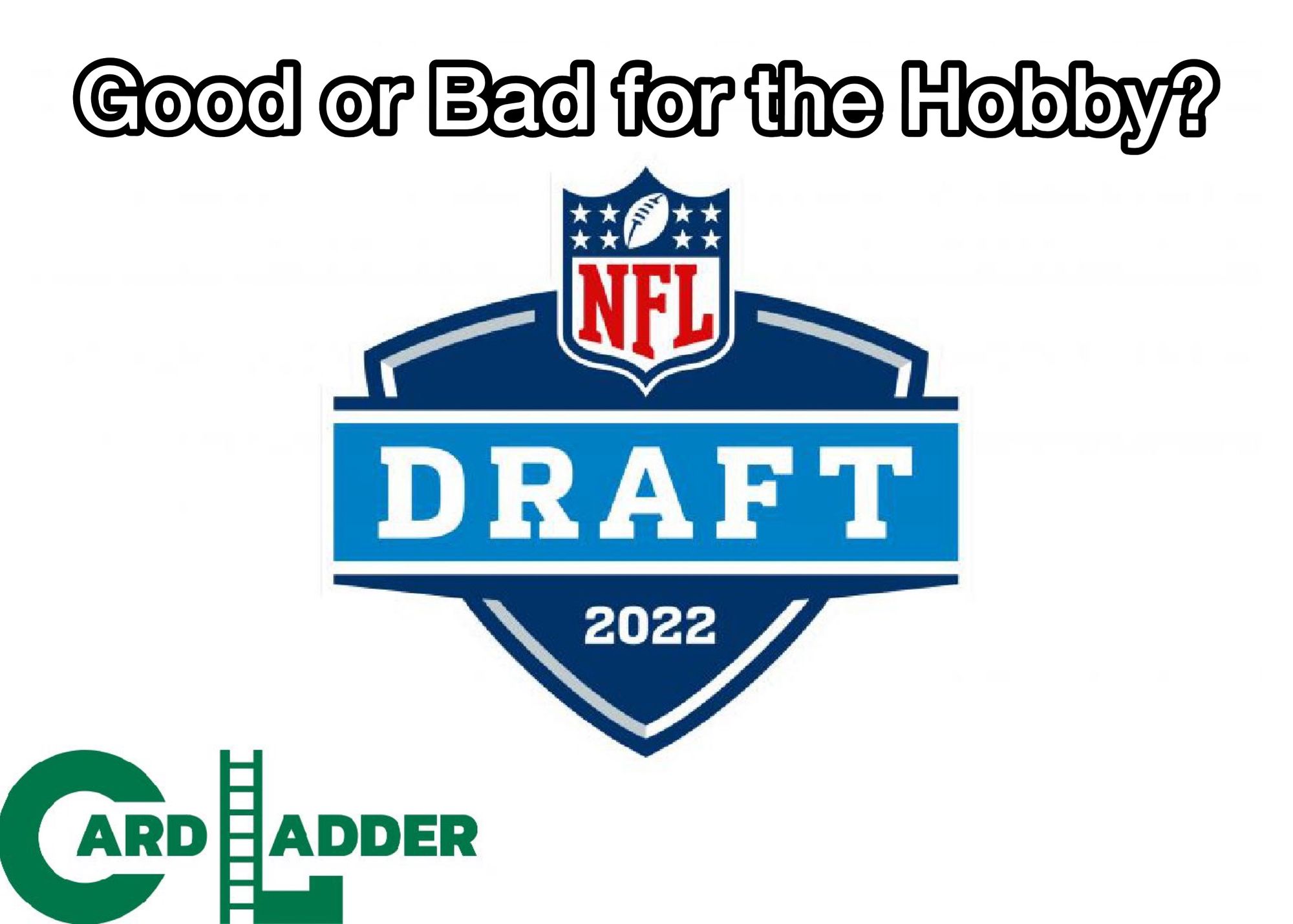 The chatter amongst collectors surrounding the 2022 NFL Draft is negative for the most part. No matter where you look online, the lack of quarterback talent is a red flag for many. Unlike any other trading card collected sports league, the NFL is in a unique position where a lack of talent at 1 of the myriad of positions can spoil an entire draft. So with all the pessimism towards the 2022 NFL Draft, lets look at the possible bright spots but also acknowledging the reality of the draft.

If you have not followed the draft closely, here are all the quarterbacks taken.

With only one quarterback going in the first 70 picks, the elephant in the room arose in the card community. The sports card boom perfectly aligned with the golden age of quarterbacks in the NFL. We were spoiled with talent and extra spoiled with the sports card market going boom! With a draft of quarterbacks that reflect the infamous 2013 draft, there are no sure bet starters for week 1. Which is the first time in over decade of thing happening, even in 2013 Geno Smith was the Jets undoubted starter.

Kenny Pickett and Desmond Ridder, the top 2 quarterbacks drafted are in very similar situations competition wise. This off season the Steelers and Falcons brought in two former top overall picks and to many thought they would be elite franchise changing quarterbacks. While Mitchell Trubisky (Steelers) and Marcus Mariota (Falcons) have had some success at the pro level with Trubisky making a pro bowl and leading the Bears to the playoffs. Marcus Mariota leading the Titans to the playoffs for the first time in a decade beating Kansas City at home. For a myriad of reasons they have found themselves being backups last season and now have gotten a chance to prove themselves once more.

Malik Willis who had the pro day of all pro days but to be fair, I have never seen a bad pro day. Getting drafted to the Titans in the immediate means he will not start but that could be a good thing. Up until recently it was not common for quarterbacks to get thrown into the fire week 1. The 2008 NFL Draft with the immediate success of Joe Flacco and Matt Ryan as rookies really changed the way front offices viewed their handling of quarterbacks. Unlike Pickett, Ridder, and Corral there is no immediate potential pressure on Willis to possibly become the starter at any point in this season. Last year we saw Trevor Lawrence, Zach Wilson, Trey Lance, and Justin Fields be drafted within the first eleven picks. All of whom  looked absolutely petrified and padestrian at times if not the majority of last season. So possibly the wait and see approach could be helpful to all the young 2022 draft quarterbacks over the long term.

Matt Corral was definitely the most successful collegiately of all the quarterbacks but still is a work in progress. On a team who's starter is Sam Darnold, there is a very real possibility that Matt is going to start at some point and stretch in this season. While Christian McCaffrey is a running back, his availability will also play a possible factor in this. The amount of defensive attention he demands, takes a ton of pressure off the passer which is why we saw a night and day difference Darnold's play with and without Christian.

While of course it is not good for a weak quarterback class in the immediate future. Possibly letting them learn, practice, and develop at the pro level could be the best thing long term. As we look at the current state of the hobby and the market, it wouldn't be the worst thing if we thought about the long term opposed to the immediate future.