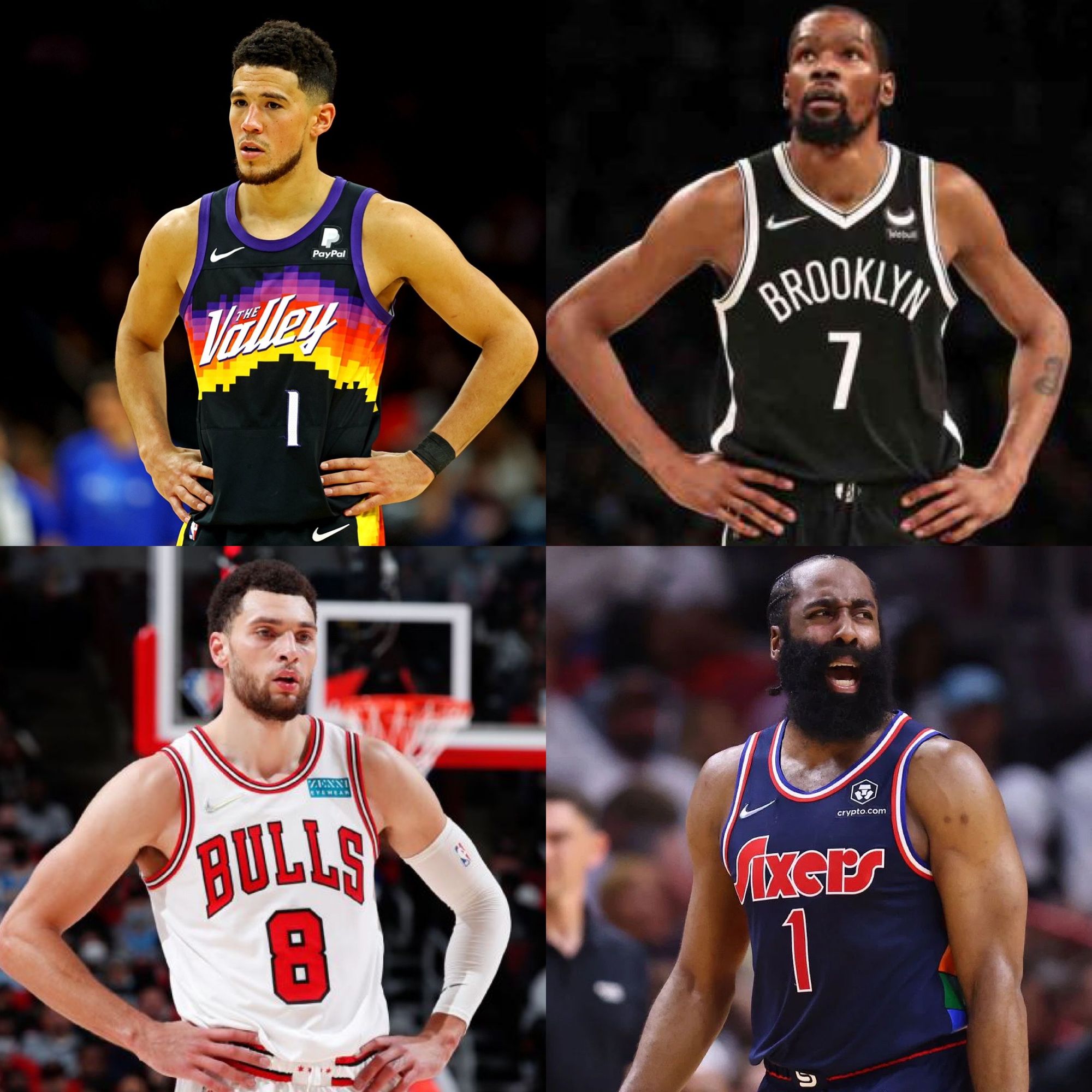 Performance is not everything when it comes to sports cards but with the playoffs starting a little over a month ago. How have the markets changed for those players who lost earlier than expected and or what would be acceptable to collectors. In this article, we will be taking a look at notable players who lost early in the playoffs and how it correlated with their market.

A tough playoff outing to say the least... I am not sure even his biggest haters online could have predicted the Boston beatdown the Celtics put on them. Durant on paper does not appear to have played as bad as he really did, averaging 26 points one would assume he played good. When you take a deeper look, you see he shot just 38%. Then when you peel back another layer, he shot; 9/24, 4/17, 6/11, and 13/21.

As a result Durants market has dipped 6,803 points and or -20.61%. With Card Ladder tracking over 300 Durant cards this is a good guage of his market overall. Still KD is one of the leagues best players, ultimately as next season rolls around with Simmons hopefully returning from injury the Nets will be viewed as contenders.

The 76ers front office have a 270 million dollar question to answer. With yet another second round exit, the James Harden experiment fell flat. With Harden disappearing in all but one game in the second round. He often looked disinterested and lackadaisical through the majority of this series. At 32 years old, Harden has a 47 million dollar opt in option with the 76ers having the ability to give him a record breaking $270,000,000 max contract. Averaging just 18 points vs Miami and not even attempting 1 field goal in the second half the elimination game. It would be ludicrous for them to give Harden that contract especially with Tobias and Embiid on a max contract with Maxey's rookie deal expiring.

As expected by most his market has steadily dropped over the last month but what you might not expect is that he ranks #7th in biggest fallers in the last month. Despite being one of the most prolific scorers in NBA history, Harden's biggest downfall has been in the playoffs.

The Suns entering the playoffs were a top 3 finals favorite to win it all... Ultimately the Mavericks came back down 3-2 and put a Dallas beatdown on them in game 7 at home. An all time embarrassing loss at home scoring the same amount of points as a team than Luka Doncic did entering halftime. With a measly 3 field goal performance, Booker took most of the blame across social media.

As a result of the playoff let down, Bookers market has dropped 15%. With Ayton likely leaving and Paul getting a year older, lots of uncertainty will be around the Suns entering free agency.

The upcoming free agent had a solid season playing alongside DeMar Derozan but ultimately they got embarrassed first round by the Middleton-less Bucks.

In Lavine's defense he was dealing with his own injuries last season and even had to undergo knee surgery recently. Despite losing 11% in market value if he joins the Lakers expect his market to skyrocket!