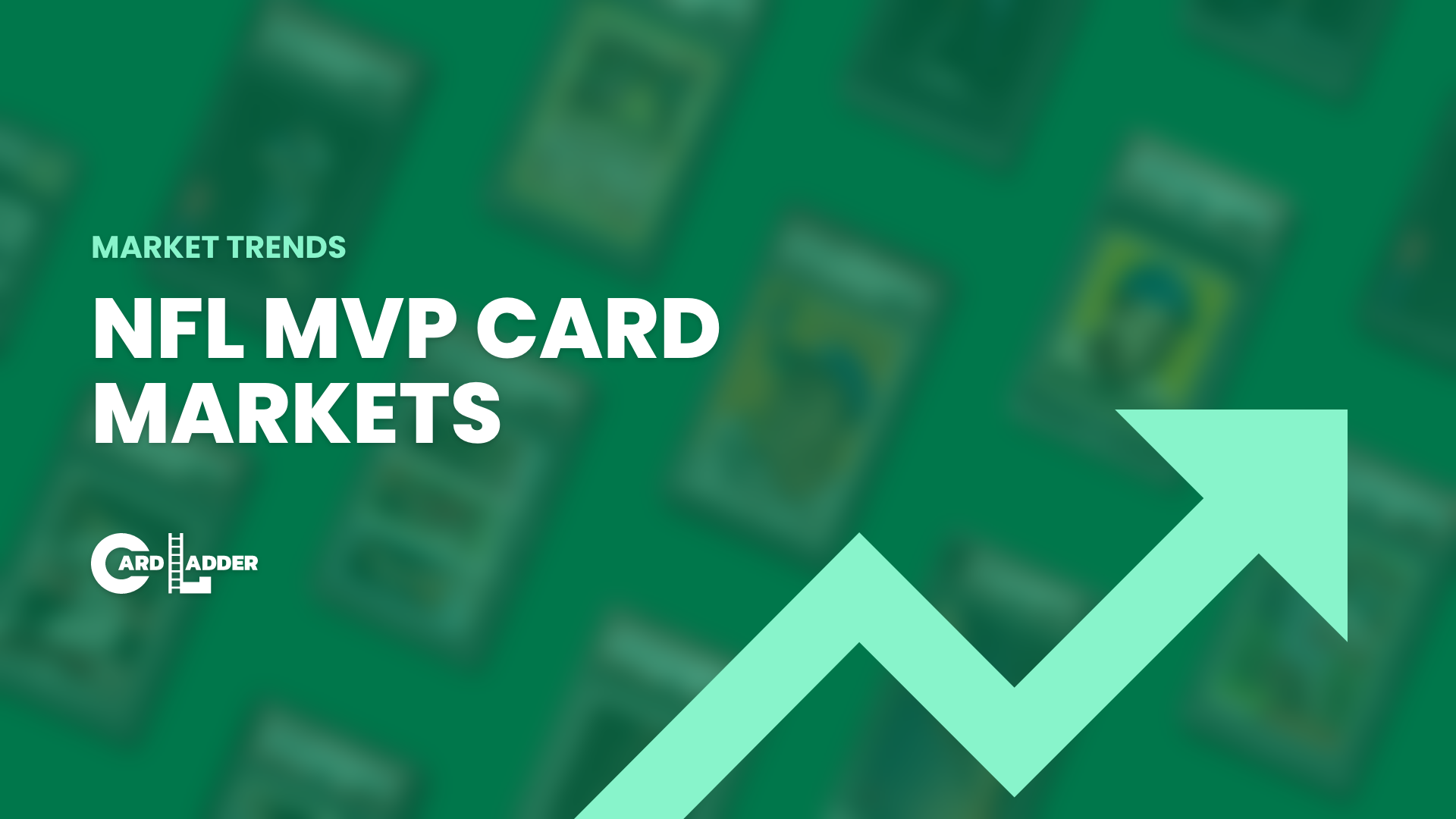 The NFL off-season was phenomenal for the sports card market with the football market rising over 20,000 points on the index. We saw every quarterback explode this off season from Daniel Jones to Sam Darnold and even the GOAT Tom Brady. 12 weeks into the season, how have football cards performed? But more specifically how have the best of the best performed? In this article we will look at how the top 3 odds on favorites to win MVP sports card markets have performed this year. As of 11/25 the three favorites to win MVP are Tom Brady, Josh Allen, and Matthew Stafford.

Despite many quarterbacks seeing a drop in price as the season progresses regardless of play, Brady’s market is at an all time high. Despite the Buccaneers recent struggles, the primetime win against the Giants showed the NFL who is still king. Leading their division with no signs of losing it, it will be an upgrade over last season when the Saints had won the division. Across the board Brady’s prices are still up with over 90% of all Brady rookies on Card Ladder seeing price increases over the last quarter. As the Buccaneers schedule stands, it should be fairly easy sailing as only 3 of the remaining teams have winning schedules. Winning MVP should have a positive impact on his market as he will have the 2nd most MVPs in NFL history. This would mark his fourth MVP which would be in addition to 5 Super Bowl MVPs.

Josh Allen or soon to be known as 100% because 100% of the offense is on him. With such a big workload, it is expected some struggles will ensue. I am just not sure many or anyone expected him struggling against the Jaguars and Dolphins of all teams. Nonetheless he still has 3000 yards and 25 touchdowns this year on a Bills team when firing on all cylinders is arguably the best team in the NFL. Although Allen’s market is down from October when he was on fire, it is still higher than anytime before then. Allen’s market has dipped a signifiticant amount in the base card department over the last 2 months while his high end stuff has stagnated or dropped a little bit during his struggles. It is clear 2 classes of cards are being created, the desirable and undesirables. Brady does not fit in this category as his rookies being a 6th round pick are few and far between. Josh Allen is the first of the modern QBs in the MVP discussion who were drafted in the grading phenomenon. While an MVP would improve his prices greatly, what would be best for his market is a deep postseason run. Looking at Burrow’s market explosion in Q1 of the season it was because the Bengals were winning. Turnovers are Allen’s biggest problem which comes from forcing the ball but it is expected as he is the only playmaker on the team. The run game is atrocious and when it is good, it is Josh Allen running the ball half the time.

Similar to Allen, Stafford’s market is still up higher than it has ever been outside of its October peak. The loss of Robert Woods will prove to be devastating as he is ole reliable. Nonetheless the offense has been carried by Cooper Kupp with second year receiver Van Jefferson expected to pick up some of the workload. Stafford has thrown for 3000 yards with 24 touchdowns and 106 passer rating. Similar to Allen and just about every quarterback, he has struggled reverting into Lions Stafford at times. The Titans and 49ers games were just flat out ugly loses where he looked lost at times. While the market reacted slightly to those struggles it's clear what he accomplished the prior 10 weeks did not erase all of it. As we can see his market shot up vertically as the Rams seemed borderline unstoppable.

Whoever wins MVP will be criticized for their struggles as every candidate has had their ups and their downs. This race is still as open as ever as all 3 of these teams are not clear cut favorites. Lamar Jackson is still in contention for MVP while Aaron Rodgers is also a possible contender despite missing a game then getting beat down by Kirk Cousins. Whoever wins it will see a bump in their market as all 3 candidates have seen increases since week 1.